Are You Drinking Too Much?
Drinking in Britain has got completely out of control. Every day we drink the equivalent of a bottle of vodka for every man woman and child in the country. So if you have a child under ten, you have to drink their bottle as well. But how much is too much? Find out with this quiz. 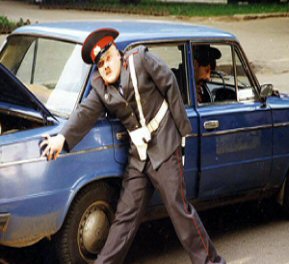 1. Do yxou have the occasional drink on your own?

2. Do you find youself buying an extra drink between rounds?

3. Does drinking affect your work at times?

4. Have you had a day off because of a hangover?

5. Do you ever have trouble remembering what you were doing when you have been drinking?

6. Have you ever been banned from your local for being abusive?

7. Has your wife ever changed the locks while you were down the pub?

8. Do you spend time with your new friends drinking Special Brew and laying on the concrete in the town centre?

9. Do you sometimes berate passers-by for some unknown unjustice done to yourself by shouting, 'Yer bastards. Yer bastards, I'll getcha'

10. Are you currently living in an old Ford Cortina under the railway arches?


What did you score?

Issued by the Responsible Drinking Organisation (Funded Assocation of British Brewers) Remember, always drink responsibly. And when you've done that, have another pint, go on.