Look on my Works, ye Mighty, and despair! Or possibly not. 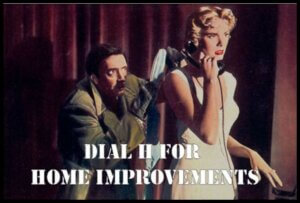 ROGER: I want you to murder my wife.

ROGER: Well, obviously I didn’t write it on the form. You can’t be too careful with these things. We are talking about murder.

DGS: The thing is, we do double-glazing, you know, mainly. We are looking at some insulation – cladding, cavity wall and so on, but our principal focus is, you know, the glazing, rather than murder.. 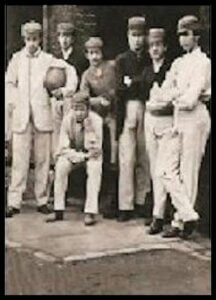 Dear Mother,
I do hope things are better at home. Confining father to the tower was probably the best thing to do in the circumstances. It’s hard enough to get staff these days without having them nailed to the outhouses. I’m afraid things here at St Mosley’s are not much better, all in all. Mussolini house still haven’t won a single competition – not in rugby or cricket or even Chase the Black. Mind you, we have had a lot of jolly bad luck. Just to give you one example: it was our turn to run the school foundry this year and wouldn’t you know it, the government have banned the under-tens from working with molten metal – and I thought the Conservatives were supposed to cut through all this red tape! Manoeuvres were just as bad – we lost two boys in Pinkley’s Quag. They said we shouldn’t have shot those boys but we were already an hour behind and there was fat chance of us being the first to stick the flag in Old Binjy as it was. Mr Offaly – you know, dear old PD – says we need new blood in the house, but the quality of new boys declines every year. They even let a coloured boy in this year. He was green.
Originally performed at the Wolsey Theatre in Ipswich
Download 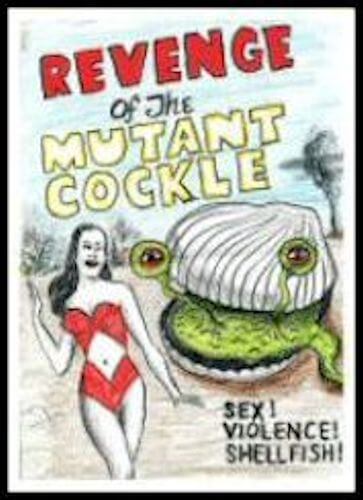 GENERAL Good point. Now men I would never ask you to do anything I wouldn’t do myself.

CORPORAL Will you be leading the mission then, sir?

GENERAL No. I will be watching it all on my monitor, in a bunker behind two feet of reinforced steel. It’s not going to be easy for me though, because the waiting is the hardest thing.

CORPORAL Worse than getting battered by an evil mutant cockle and exploding in a giant fireball, sir? 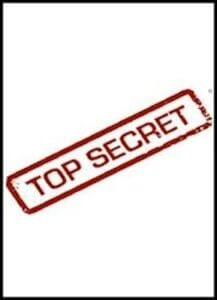 Q: Ah, well then what you need is a gun. (PRODUCES A GUN) Take a look at this one. You see the bullet goes in here. You pull this trigger thing and the bullet comes out of this hole. Bloody clever. Not only that but its got six thingies here

BOND:Chambers.. Q:That’s it, chambers. So you kill six people without putting any more bullets in.

BOND:I know what a gun is Q. I am licensed to kill, remember. What I’m looking for is something like a wristwatch to kill people.

Q:(CHUCKLES) No, no, no. James you’re getting all mixed up. It often happens with this technical stuff. See. Gun: kill people. Wristwatch: Tell the time. I mean if you got them mixed up, you could check if it’s time for lunch and blow your leg off. I’ve seen it happen.
International Premier still available
Download
MOTHER Our only hope is if we can find a husband for you. Otherwise we are destined to live our life in penury.

AMBER Oh mother, you know I hate Penury – it hasn’t even got a Waitrose.

MOTHER If we can just marry you off to some member of the aristocracy before they realise how stupid you are, we’ll be home and dry.

AMBER My accomplishments: I can colour in pictures, I can tie my shoelaces, I can play the gramophone.
Originally performed at the Wolsey Theatre, Ipswich. Winner of the Stagefright competition as part of the London Horror Festival in 2014 and the Supernova prize at the Bench Theatre in 2013 (35 min 2M 2F)
Download
PATSY I was just thinking we might make better progress if, rather than jigging up and down and making horse noises, you had an actual horse pulling the carriage.

DRIVER I’m not with you, sir.

DRIVER Really? Perhaps the wheels are caught in a rut.

PATSY Yes, that is possible, but I think the primary cause of our immobility is that we are not attached to a horse.
International Premier still available
Download
MAYOR: Gentlemen, Gentlemen. Let’s try and keep this in perspective. Let’s just say for the sake of argument there was a shark out there. Now, we’re expecting 100,000 visitors over the weekend and let’s say a couple of them get eaten by a shark – That means that 99.98 per cent of people are going to be entirely untroubled by shark attacks. I mean, we always lose a couple on that old roller coaster anyway, plus there’s usually a dozen or so fatalities on the road. That means you’re ten times more likely to be run over, or get an arm sheared off on the old roller coaster than you are to be eaten by a shark.
Selected by the Real Deal Theatre for the Popcorn Saturday Series.
Download